“I love the development of our music, that’s what I
really dig about the whole thing. How we’ve tried
to develop, y’know? It grows. That’s why every day
people come forward with new songs. Music goes on
forever.”

We remember the brilliant and evocative music Bob Marley gave the world; music that stretches back over nearly two decades and still remains timeless and universal. Marley has been called “the first Third World superstar,” “Rasta Prophet,” “visionary,” and” “revolutionary artist.” These accolades were not mere hyperbole. Marley was one of the most charismatic and challenging performers of our time.

Bob Marley’s career stretched back over twenty years. During that time Marley’s growing style encompassed every aspect in the rise of Jamaican music, from ska to contemporary reggae. That growth was well reflected in the maturity of the Wailers’ music.

Bob’s first recording attempts came at the beginning of the Sixties. His first two tunes, cut as a solo artist, meant nothing in commercial terms and it wasn’t until 1964, as a founding member of a group called the Wailing Wailers, that Bob first hit the Jamaican charts.

The record was “Simmer Down,” and over the next few years the Wailing Wailers — Bob, Peter Mclntosh and Bunny Livingston, the nucleus of the group — put out some 30 sides that properly established them as one of the hottest groups in Jamaica. Mclntosh later shortened his surname to Tosh while Livingston is now called Bunny Wailer.

Despite their popularity, the economics of keeping the group together proved too much and the two other members, Junior Braithwaite and Beverley Kelso, left the group. At the same time Bob joined his mother in the United States. This marked the end of the Wailing Wailers, Chapter One.

Marley’s stay in America was short-lived, however, and he returned to Jamaica to join up again with Peter and Bunny. By the end of the Sixties, with the legendary reggae producer Lee “Scratch” Perry at the mixing desk, The Wailers were again back at the top in Jamaica. The combination of the Wailers and Perry resulted in some of the finest music the band ever made. Tracks like “Soul Rebel,” “Duppy Conquerer,” “400 Years,” and “Small Axe” were not only classics, but they defined the future direction of reggae.

It’s difficult to properly understand Bob Marley’s music without considering Rastafari. His spiritual beliefs are too well known to necessitate further explanation. It must be stated, however, that Rastafari is at the very core of the Wailers’ music.

In 1970 Aston Familyman Barrett and his brother Carlton (bass and drums, respectively) joined the Wailers. They came to the band unchallenged as Jamaica’s HARDEST rhythm section; a reputation that was to remain undiminished during the following decade. Meanwhile, the band’s own reputation was, at the start of the Seventies, an extraordinary one throughout the Caribbean. However, the band was still unknown internationally.

The Catch A Fire album was followed a year later by Burnin’, an LP that included some of the band’s older songs, such as “Duppy Conquerer,” “Small Axe,” and “Put In On,” together with tracks like “Get Up Stand Up” and “I Shot The Sheriff” (which was also recorded by Eric Clapton, who had a #1 hit with it in America).

In 1975 Bob Marley & The Wailers released the extraordinary Natty Dread album, and toured Europe that summer. The shows were recorded and the subsequent live album, together with the single, “No Woman No Cry,” both made the UK charts. By that time Bunny and Peter had officially left the band to pursue their own solo careers.

Rastaman Vibration, the follow-up album in 1976, cracked the American charts. It was, for many, the clearest exposition yet of Marley’s music and beliefs, including such tracks as “Crazy Baldhead,” “Johnny Was,” “Who The Cap Fit” and, perhaps most significantly of all, “War,” the Iyrics of which were taken from a speech by Emperor Haile Selassie.

In 1977 Exodus was released, which established Marley’s international superstar status. It remained on the British charts for 56 straight weeks, and netted three UK hit singles, “Exodus,” “Waiting In Vain,” and “Jamming.”

In 1978 the band released Kaya, which hit number four on the UK chart the week of its release. That album saw Marley in a different mood — Kaya was an album of love songs, and, of course, homages to the power of ganja. 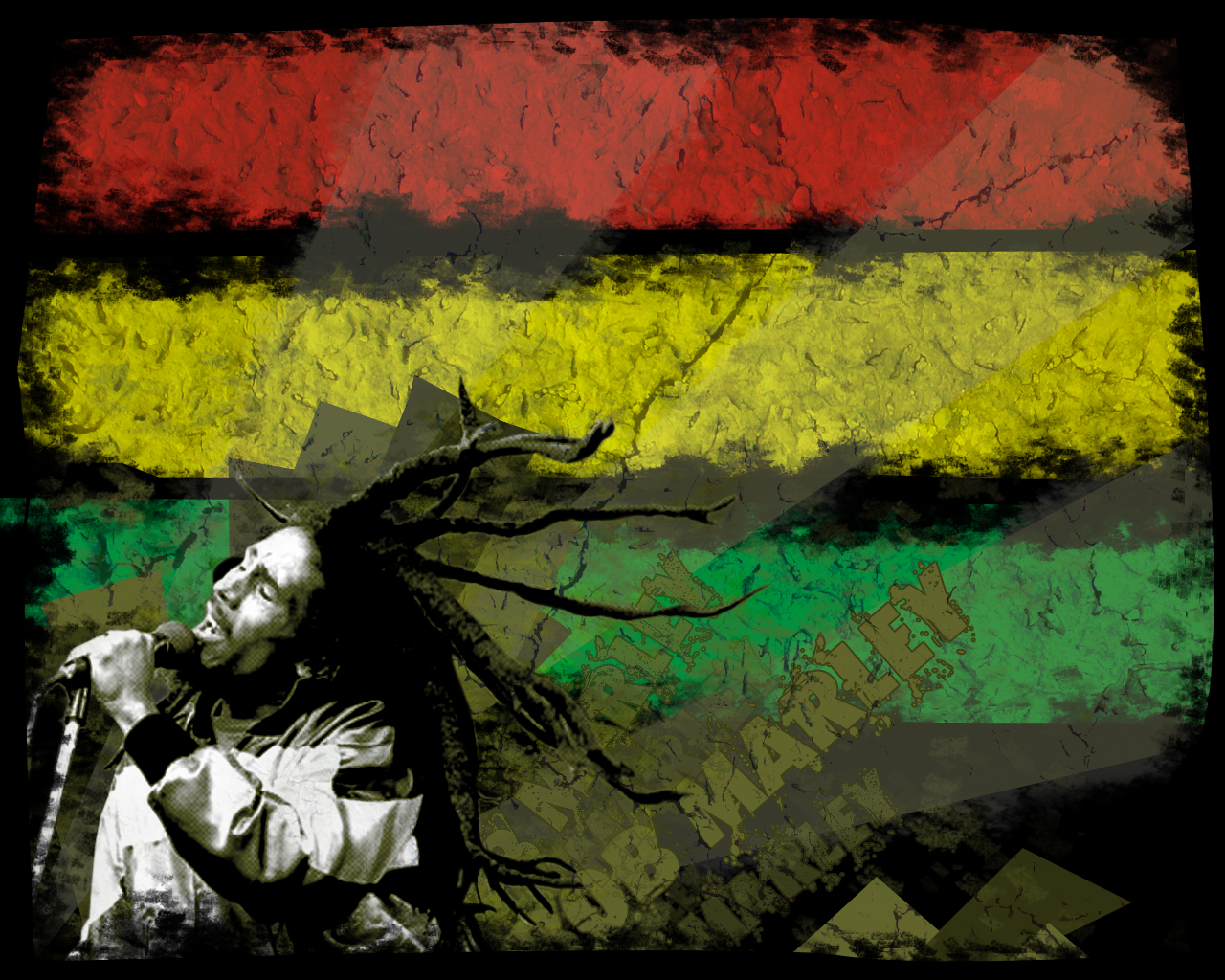 Marley returned to Africa in 1980 at the official initation of the Government of Zimbabwe to play at that country’s Independence Ceremony. It was the greatest honor afforded the band, and one which underlined the Wailers’ importance in the Third World.

In 1979 the Survival LP was released. A European tour came the following year: the band broke festival records throughout the continent, including a 100,000 capacity show in Milan. Bob Marley & the Wailers were now the most important band on the road that year and the new Uprising album hit every chart in Europe. It was a period of maximum optimism and plans were being made for an American tour, an opening slot with Stevie Wonder for the following winter.

At the end of the European tour, Bob Marley & The Wailers went to America. Bob played two shows at Madison Square Garden but, immediately afterwards he was seriously ill. Cancer was diagnosed.

Marley fought the disease for eight months. The battle, however, proved to be too much. He died in a Miami Hospital on May 11,1981.

A month before the end Bob was awarded Jamaica’s Order of Merit, the nations’ third highest honor, in recognition of his outstanding contribution to the country’s culture.

On Thursday, May 23,1981, the Honorable Robert Nesta Marley was given an official funeral by the people of Jamaica. Following the funeral — attended by both the Prime Minister and the Leader of the Opposition — Bob’s body was taken to his birthplace where it now rests in a mausoleum. Bob Marley was 36 years old. His legend lives on.

0
9
A fan of art,cinema,music and whatever is beautiful. currently a student. Creativity and innovation always draws me towards it. i am the one who reads books,hears music take pictures explore places and does whatever gives peace and pleasure and shares it .