5 Best Female Rappers Of All Time. Lauryn Hill was already in contention for the crown long before winning five Grammys for her debut, The Miseducation of Lauryn Hill. As one-third of the Fugees, L’ Boogie quickly established herself as the most talented artist of the crew. By seamlessly blending jaw-dropping lyricism with social commentary, Hill helped make The Score the centerpiece of the Fugees’ catalog and, more significantly, an undeniable hip-hop classic.

Queen Latifah couldn’t have picked a more appropriate moniker. Thanks to her brilliant mesh of social commentary and lyrical wizardry, this queen had no problem attracting a cult-like following from the jump. Latifah was one of the first rappers to demand respect and gender equality in hip-hop. Who can forget the Grammy-winning “U.N.I.T.Y.” (from Black Reign), in which she made it clear that calling her the B-word is a quick way to get “punched dead” in the face?

Missy Elliott is not only one of the best in the business, she’s also one of the most versatile hip-hop artists of all time. A multi-faceted entertainer, Missy writes, raps, sings, crafts beats and directs music videos. Speaking of which, her music videos are some of the most innovative visuals in the game. To crown it all, no other woman has ever been able to match Missy’s commercial success — the Virginia native is the only female rapper with six platinum-certified albums. 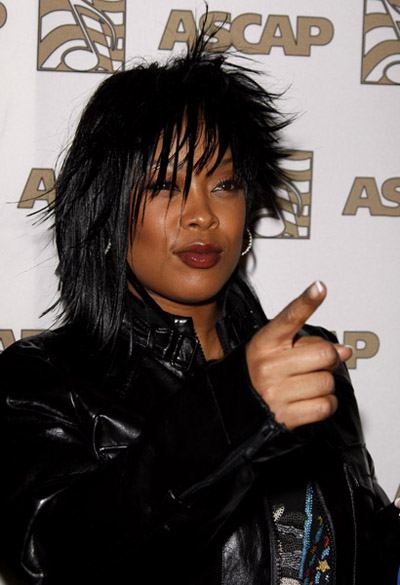 Da Brat was discovered by Jermaine Dupri in 1992. At the time, there were only a handful of female rappers doing work. Still, the Chicago native proved unstoppable. Da Bra-ta-ta sidestepped the sexually charged image of the Foxy Browns and the Lil Kims, relying instead on her double-time flow and dashing delivery. The approach was good enough to make her debut, 1994’s Funkdafied, the first platinum-selling album by a female solo rapper.