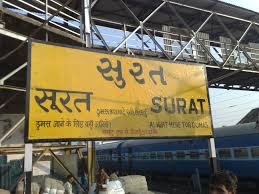 Surat is renowned as an important center of diamond and textile businesses in the world. In Surat, 92% of all the diamonds in the world market are cut and polished. It is called as the “Embroidery capital of India” as it houses the maximum number of embroidery machines in any city in India. It has also ranked fourth in a global study of fastest growing cities in the world. Due to these business aspects, this city is considered as the commercial capital of Gujarat.

In 1901 Gujarati diamond cutters, shifted from East Africa to establish an indigenous industry here in their own country and after a successful commencement, Surat started exporting diamonds to US by 1970. Surat today, has established its name in the world diamond market and its future lies in finishing even more larger and costlier stones.

Surat has Kosamba at the north and Billimora at the south, the river Tapti at the east and the Gulf of Cambay is at the west. The Surat district has Bharuch and Narmada districts at the North, Navsari and Dang districts at the South. Gandhinagar is 284 km towards north from Surat.

Surat has a tropical savanna climate. The climate here is highly influenced by the presence of the Arabian Sea. It receives heavy rainfall from late June till end of September. The summer begins in early March and lasts till June. April and May are the hottest months. October and November experience a return of high temperatures till late November. Winter starts in December and ends in late February.

Gujarati, Sindhi, Hindi, Marvadi, Marathi, Telugu, and Oriya are the main languages spoken in Surat. The immigrants in Surat comprise more than 70% of the population. It is still a center of the Jains and the Parsis. The people of Surat are called as Surtis. With a distinct characteristics and particular accent, Surtis always stand apart. Surtis are fun-loving and light-hearted with a great love for food.

Bardoli town is the birth place of Sardar Vallabhbhai Patel’s “No Tax” Movement of 1918. Later Sardar had also started agitation against the British tax hike from this town, all of these events were actually a forerunner to Sardar’s participation in Gandhiji’s Namak Satyagraha, the Salt March from Dandi.

The Swaraj Ashram, garden, museum, khadi workshops and also the Aitihasik Ambo, a mango tree under which Gandhiji declared about home-rule for India are the memorabilia of that glorious past that are there in Bardoli. 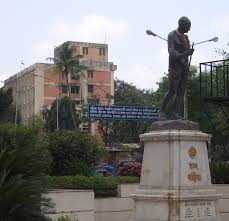 The Chowk is the main square that was built after the fire ravaged most of the city in 1837. The Chowk is surrounded by the colonial buildings like the Anglican Church constructed at 1895, Andrews Library built in 1907 and the Sir J. J. Training College built in 1872.

This Jain Temple was constructed during Emperor Aurangzeb and the exterior is quite simple compared to the intricately designed interior. The wooden pillars inside the Chintamani Jain temple are supported with brackets and covered with paintings done with vegetable dyes.

Dumas Beach is at a distance of 16km from the city and is a popular destination among the locals. Located to the south west of Surat. Dumas is a poplar beach destination among tourists too and is renowned for its black sand. Adjacent to this serene beach is the Dariya Ganesh Temple, which also is a must visit spot.

These British and Dutch mausoleums of the 16th century are greatly influenced by the local Hindu and Islamic styles of architecture and along side is the Armenian churchyard where there are tombs that are not big in structure but carries inscription. These tombs are all protected historical monuments and photography is prohibited in this area.

Nargol is a small town and a tranquil beach retreat in the Valsad district of Gujarat, located about 30 km away from NH8. While the Nargol beach boasts of a good population of sea turtles, the Casuarina trees bordering the water body make it look all the more attractive. The unexplored town which is well connected by both road and rail is home to an Agiary/fire temple that is frequented by Parsis from its surrounding villages.

Mughalsarai is basically an inn or Sarai khana constructed during the Mughal Emperor Shah Jahan’s time in the 17th century to give to the Mecca bound Haaj pilgrims. In 1857, for a short period this building was converted into a jail and presently it is the office of Surat Municipal Corporation.

This museum is also known as the Sardar Sangrahalaya and was established at 1889. The museum has a collection representing the rich cultural heritage of Surat and the planetarium organizes daily shows to make people aware about our universe. 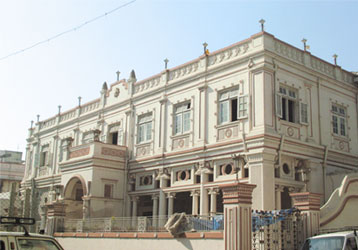 Surat has a few number of Parsi Fire Temples. Amongst those the Parsi Agiari is the main temple. The scared flame is burning in this temple and no Non-Parsi is allowed inside this temple.

Suvali is a black sand beach. Only at a distance of 28km from the city, it is located near Hazira and is in such a remote area that it is still a virgin beach where people hardly come, making it the best place to enjoy solitude and come close to nature. Suvali also has two wells rich in Sulphur and Iron. There are lots of casurina trees along the beach.

Built next to the Tapi river, Surat castle was constructed for protecting the city of Surat from Portuguese invasion by Sultan Mahmud III in 1540. At present this castle houses different government offices.

Surat is famous for its textile industry and a wide range of saris, salwar kameez, dress pieces, polyester, silk, printed and embroidered materials are available in the textile markets located at the south of Sahara Gate that opens on to the Bardoli Road.

Surat today, is a very famous name in the world diamond market and 8 out of 10 diamonds of the world market are cut in Surat. Rough, uncut diamonds come to Surat from South-Africa because the international diamond trade is mainly headed by Hasidic Jews and Jains from Palanpur in North Gujarat. These business men invest in the diamond cutting industry of Surat. The cut and smoothed jems then go to Antwerp, Belgium.

The author of the Gujarat Theme Song ‘Jai Jai Garvi Gujarat’ Narmadashankar Lalshankar Dave, popularly known as Narmad, lived in this house. This a memorial that houses the works and memorabilia associated to the great poet.

The lake is named after the memory of Gopi, the Brahmin whose efforts ultimately led to development of Surat. There are four mosques; Khudawand Masjid, Sayyid Idris Mosque, and Khwaja Diwan Sahib along with the Nav Said Masjid.

Rander was the main city of South Gujarat before the center shifted to Surat and it is one of the oldest cities of this area. The Jama Masjid or the Friday mosque in this area belongs to the 16th century and was built re-using parts of the Jain temple which was once there on this site and was abolished to build the mosque. 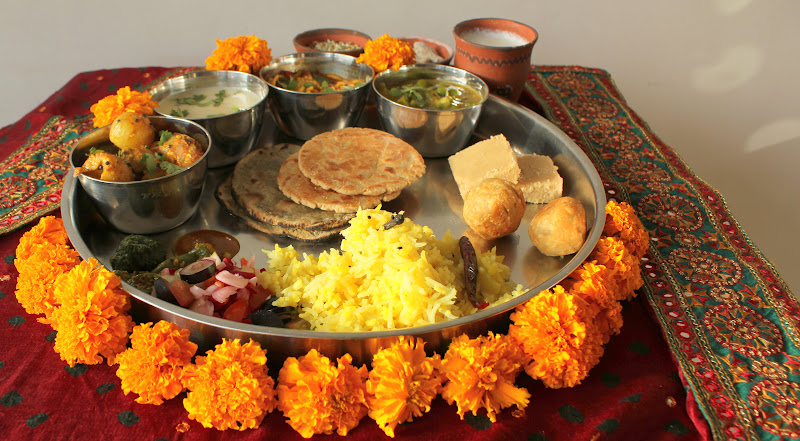 The Surti spicy cuisine is famous throughout Gujarat but it also includes deliciously prepared special sweetmeats. Ghari, a special type of sweet, Locho, Undhiyu, Rasaawala Khaman and Surti Chinese are some of the popular recipes of the Surti Cuisine.

Surat is the city where all festivals are celebrated with great spirit. Starting from Navratri, Diwali, Ganesh Chaturthi and the kite-flying festival during “Makar Sankranti”, all are very popular festivals in Surat.

Chandi Padvo is also another favorite festival of the Surtis that usually fall a day after “Sharad Purnima”, the full moon day in the month of October. On this day, Surtis buy Ghari and lots of other Surti delicacies.

Situated on the South- West of the state of Gujarat, Surat today is known for its textiles and diamonds. Beneath all this pomp and glitter lies a city of great historical significance and glory.