Shimla : The Queen of Hills Shimla travel is one of the most happening things of the country. It is a favourite destination of tourists all over the country. A holiday in Shimla, in the highly pleasurable climate, will give you memories to cherish all your life. This hill station is encircled by enormous pine and deodar trees from all around. It is also termed as the ‘Queen of hills’.

The picturesque city is situated in the northwestern part of the Himalayan Mountain Range and the mean elevation of the city is 7,234 feet (2,205 metres). A Shimla location map shows the different highways, rail lines, railway stations, hospitals, hotels, educational institutions, religious places, water bodies, and other important places of interest in the city. The coordinates of Shimla are 31°6’12” North and 77°10’20” East.

Christ Church One of the oldest churches in North India, Christ Church was built by the British in 1857 to serve the large Anglican British community in the area. Built in the Neo-Gothic style of architecture, Christ Church is one of the long lasting legacies of British rule in India and is one of Shimla’s most recognized landmarks. 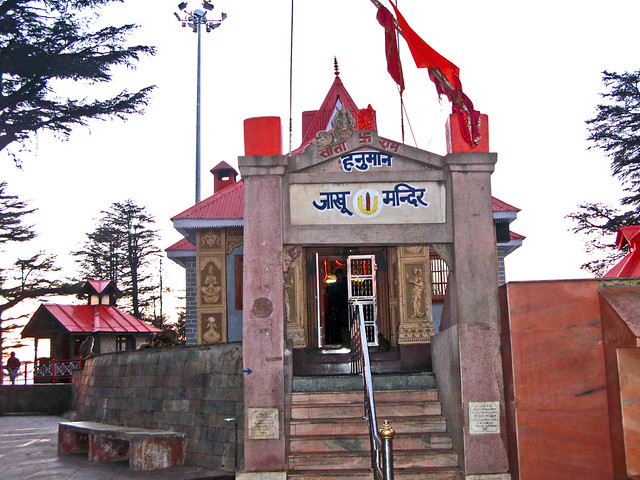 The Jakhoo Temple is an ancient temple dedicated to Lord Hanuman. Located on Jakhoo Hill, 2.5 km from the Ridge, the Jakhoo Temple offers beautiful views of the Shivalik Mountains and the nearby town of Sanjauli.

The Ridge of Shimla is a large open spacious platform from where you can have a panoramic view of the mountain peaks of Shimla. The snow capped mountain ranges engulfed in the beauty of the nature is a phenomenal view that the Ridge of Shimla offers to the crowd.

The Shimla State Museum houses a huge collection of magnificent paintings, sculptures, coins, handicrafts, photos, etc of not only the state of Himachal Pradesh but outside too. The state museum is a major attraction of the Mall area of Shimla built in the style of colonial edifice with sprawling lawns all around. This museum was inaugurated in 1974.

Also known as the Shimla of Madhya Pradesh, Shivpuri is an ancient town in Gwalior, whose dense forests were used as the hunting grounds for the Mughal Emperors. The royalty of this small place lies in the exquisite hunting lodges and palaces that were built by the Scindia Rulers. Madhav National Park, the hunting preserve of the rulers of Gwalior, houses the most beautiful creation by them-The George Castle. 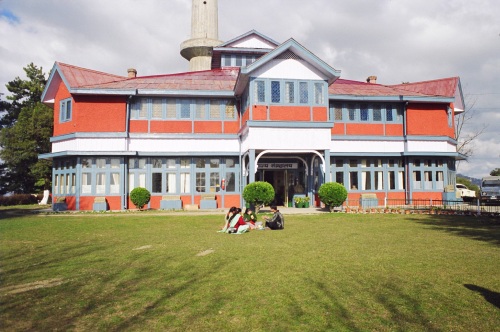 A colonial building laid out in a spacious lawn, this museum is located on the Mall Road and is home to an excellent collection of coins, photographs and local handicrafts. 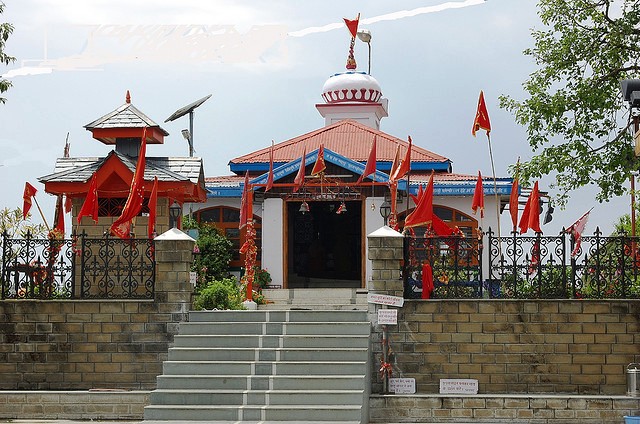 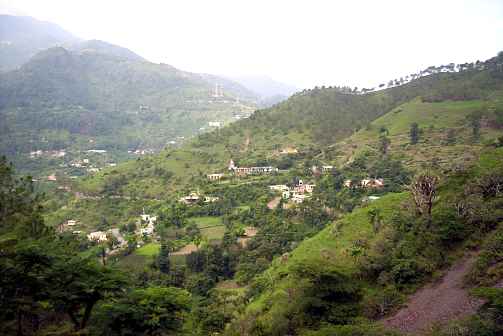 Located 5 km from the Ridge is the beautiful little township of Summer Hill. Sitting at an altitude of 5600 feet on the Shimla- Kalkarailway line, this is where Mahatma Gandhi used to stay when he used to visit Shimla. This is also where the Himachal Pradesh University is situated.

Naldehra is 23 kilometers from Shimla. It has India’s oldest nine hole golf course laid out by Lord Curzon during the era of the British Raj. Chail is situated at a distance of 45 kilometers from Shimla city. Chail has the unique distinction of having the highest cricket pitch in the world. The twinkling lights of Shimla from Chail is a memorable sight.

Kufri is a winter sports capital. It is situated at an altitude of 2622 meters above sea level. Skiing can be pursued in Kufri. It takes approximately one hour to drive to Kufri from Shimla city.

How to Reach Shimla

Being a popular tourist destination, Shimla is very well connected to the rest of the country. Here is how you can reach Shimla:

The nearest railway station to Shimla is at Kalka, after which one can take the Kalka-Shimla train, which operates on a narrow gauge and offers breathtaking views of the mountains. Here are a few trains to Kalka:

The Shimla airport is about 22 km away from the city centre and is served by regular flights from Delhi. One can hire a taxi from the airport to reach Shimla.

The best way to get around Shimla would be by buses which ply regularly. Since it is a small town, another good way is to explore. 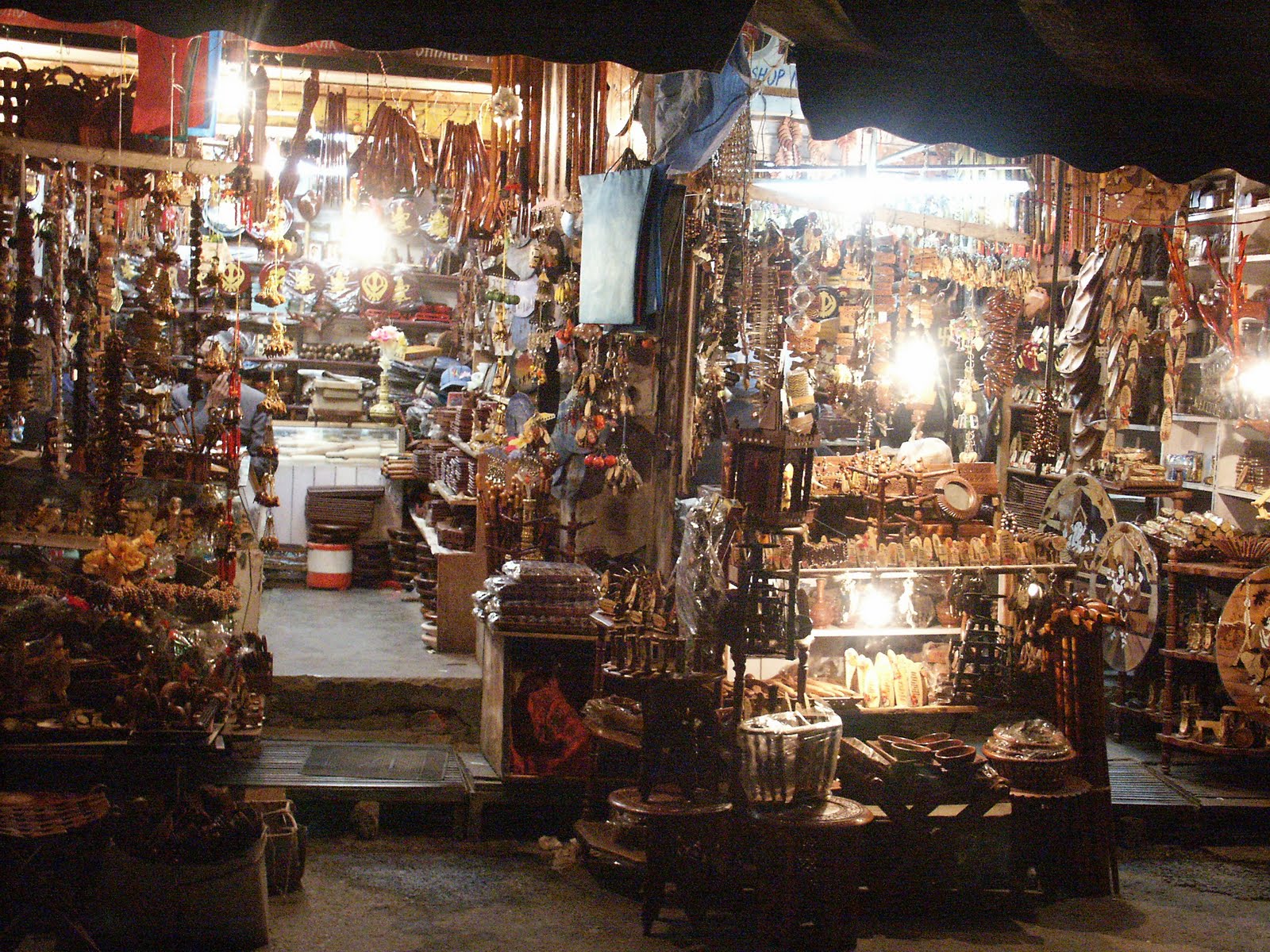 Shimla is famous for its handicrafts and other handmade artifacts. The best place to go shopping in Shimla is the Mall Road from where you can buy many interesting souvenirs and gift items. Another popular buy there are the colourful Himachali caps. When in Shimla, don’t forget to check out their beautiful shawls which come in intricate designs, threadwork and mirror work. Lower Bazaar, also known as Sabzi Mandi, is another popular place to go for shopping in Shimla. One can buy carved wooden walking sticks here.

The Himachali cuisine is very similar to that of the rest of the Northern India. The staple items of Himachali food are roti, rice, daal and sabzi (curried vegetables). The gravies prepared are thick and aromatic. Though primarily vegetarian, red meat also forms an important part of the Himachali food.

The ideal time for visiting Shimla is in the months of April to May or December to January. Shimla is well connected by air with Delhi and Kullu. The Chandigarh airport being nearby, one can also avail a flight from any major city in India to reach Shimla via Chandigarh. Even there are bus services available.