Nashik was included also under Ashok’s mighty empire. Later, Nashik district became very prosperous during the era of the Satavahana as it lay on the trade route to Broach (Gujarat). During Mughal period, the city was named as Gulshanabad appreciating its beauty. The old name was restored when Peshwas took over in 1751. By 1818, Nashik became an important town with two palaces, magnificent buildings and beautiful gardens and vineyards. Nashik surrendered to the British on April 19,1818. Nashik too was in great disturbance during the freedom struggle of 1857. But it retained its peace after the struggle ended in 1860.

Nashik Municipality was formed in 1864. Nashik was made a full-fledged district with its present 13 talukas in 1869. Railway tracks were constructed around that time. The city gained its popularity with the construction of Central Jail. India Security Press and the Distillery, which then existed for the English soldiers at Deolali. Then, artisans skilled in making utensils and smiths excelling in silver and gold ornaments were beginning to launch their trade, and Nashik grew to be a flourishing commercial center.

As far as revolutionary activities during freedom struggle were concerned, Nashik was always prominent as a centre. Great revolutionist, Anant Kanhere fired at Mr. Jackson, the then Collector of Nashik, on the night of 21st December 1909, while he was watching a play at Vijayanand Theatre. Mr Jackson died on the spot, which resulted in arrests, trails and sentences.

Mahatma Gandhi’s non-cooperation movement found its share of forest satyagrahas and underground activities here in Nashik as well. Dr. Ambedkar has organized his temple entry movement for the abolition of untouchability and mass satyagraha was organized in 1932. In 1950, Session of India National Congress was held at Nashik at a place now called Nehrunagar (between Nashik and Nashik Road). 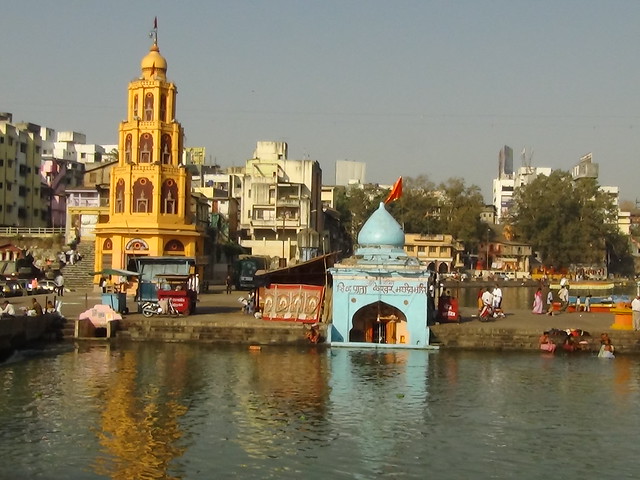 Chitrarao Khatarkar built Ramkund in 1696. This holy tank is 27 m by 12 m in area. It is believed that Rama and Sita used to bath in this tank during their exile. People bring ashes of their deceased relatives and immerse it in this holy tank. People of Hindu faith believe that the departed souls would attain moksha or liberation by doing so. Ashes of big personalities like Pandit Nehru, Indira Gandhi, Y B Chavan and others have been immersed at Ramkund. The temple is of pure white; the colour signifies holiness and peace. Muktidham is just 7 km away from the city. The Temple is built with white makrana marble. The architecture of this temple is known to be very unusual. 18 chapters of the Gita are inscribed on the walls, which is a very unique style of this temple. A visit to this temple by Hindus is considered as a visit to the 4 dhams or holy centres. 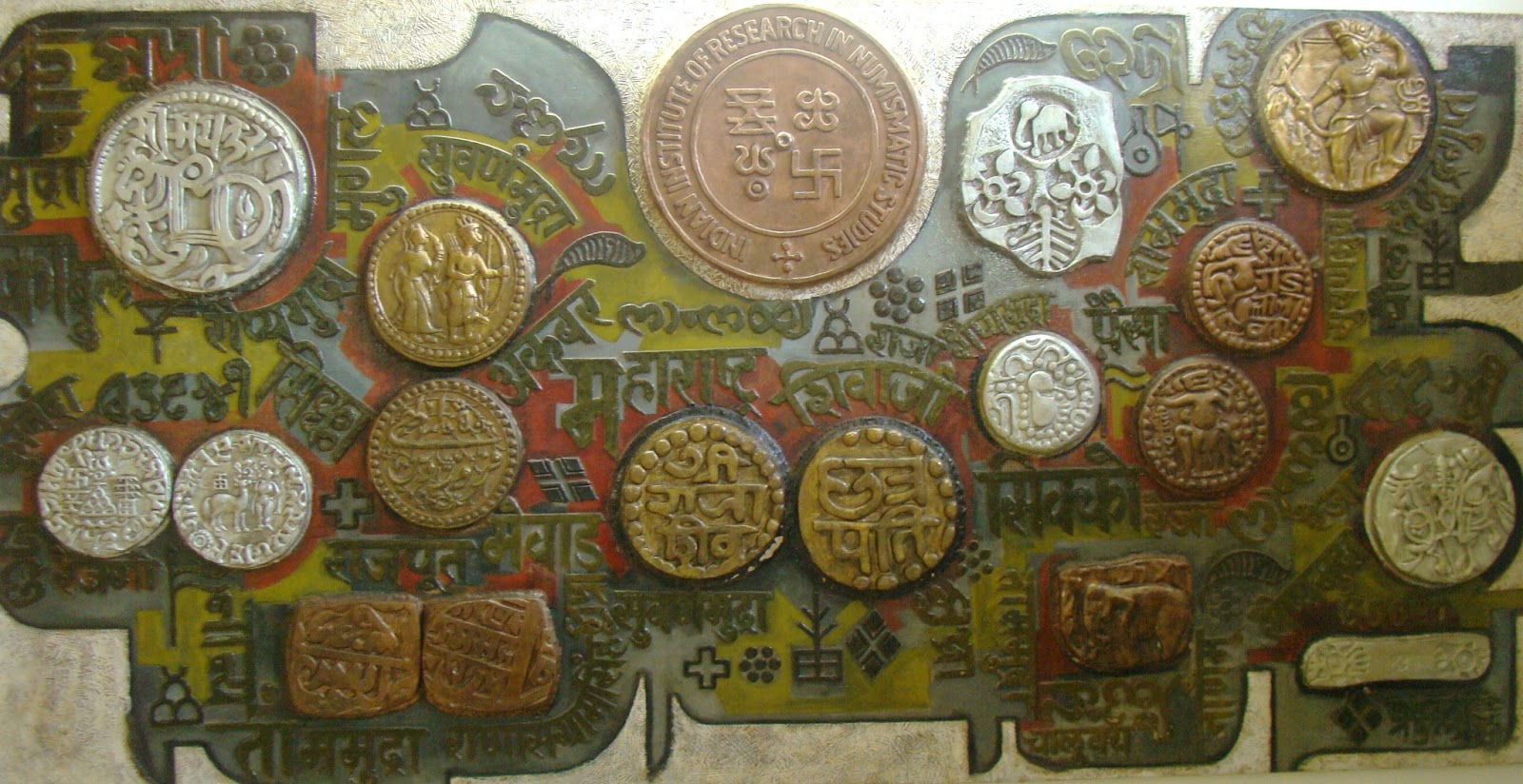 The museum has a fine collection of research and well-documented history of Indian currencies. Coin Museum was established in 1980 under the Indian Institute of Research in Numismatic Studies. This museum is the only museum of its kind in Asia. The environment of the museum is so cool, as it is located in the backdrop of the enthralling Ajneri Hill of Nashik.

Pandavleni caves are 2000-year-old, and it was built by the Jain Kings. It is a group of 24 Hinayana Buddhist Caves, which date back between 1st century BC and 2nd century AD. These caves are at a distance of 8 km from Nasik. Amongst all, cave number 3 and 10 are the best. Cave number 3 has a large Vihara with fascinating sculptures, cave number 10 is also a Vihara, but it is much older and finer than the cave number 3. It is believed to be as old as the Karla Cave near Lonavala.

There are temples of Lord Shiva and Lord Hanuman on the banks of the river Godavari at Someshwar. This is a very green place as well as the climate is so cool. One can also enjoy swimming and boating here. Because of its serene beauty, this place is favourite for film shootings. There is a village named Anandwalli on the way to Someshwar. There is Navasha Ganapati Temple in this village.

Deolali Camp was established in 1861, which is one of the oldest military centers in India. Deolali market is famous for shoppings inside the military centre. On the nearby hill, there is Khandobachi Tekadi Temple. Exhausted and mentally stressed armies were sent to this place for giving rest during British time. The area surrounded with gardens, playgrounds and wide roads proves its uniqueness.

It is situated behind the Pandav Caves. It is the biggest Artillery Center in Asia. The center had been shifted from Pakistan in 1947, and is now completing its 50th year. Officers and soldiers of Indian Army are trained here. Training for ‘Bofors Gun’ too is given here. The area is under military restriction.

Takli is connected to the Guru (teacher) of Chatrapati Shivaji, saint Samarth Ramdas. ‘Simple living and high thinking’ was the mantra what he was preaching. He also promoted the Hindu religion. Ramdas ran off from his marriage life and settled down at Takli for meditation. He was a devotee of lord Ram and meditated with the words Shriram Jai Ram, Jai Jai Ram for 13 crores times in 12 years. Ramdas Swami’s ashram is preserved in his memory at Takli. There is also a Hanuman Temple on the bank of river Nandini or Nasardi.

Followers of Veer Savarkar created this National Memorial on his memory. In fact, a Memorial Committee was also formed. It is spread over a land area of 6,650 square meters, which was given by Municipal Corporation on a lease-rent basis. Veer Savarkar Smarak is keeping no stones unturned in propagating the thoughts of ultra Hinduism throughout India. Some of the basic preaching include reconversion of people who had converted to other religion from Hinduism, militarization, martial arts teaching, Air Rifle shooting, boxing, trekking, mountaineering, and else. They are in the forefront of propagating ideology of Veer Savarkar.

All kinds of foods are available in Nashik. Whether it is Maharashtrian, European, Chinese, North Indian, or South Indian delicacies, you will find all of them here.

If you want to taste the local Maharashtrian dishes in Nashik, then do not miss Ukadiche Modak, Puran Poli and Batata Wada. Confluence of these dishes with those of the neighbouring regions of Gujarat, and Rajasthan can be found here.

While visiting this place, you should try the local snacks available by the roadside such as Pohay, Chivda, Surali Wadi, Vada Pav, Upma, Thalipeeth, Pav bhaji, Bakarwadi, Misal Pav, Sabudana Khichadi, Bhadang, and others.

This city is most renowned for being a religious center of India and even people look out for auspicious jewellery based on astrological predictions while shopping in Nashik. People flock to various jewellers for different kinds of gems and jewels. Silverware craftsmanship is famous here.

Nashik is a religious place and one of the holy Hindu pilgrimage spots of India, Kumbh Mela. Every natural aspect of this place is intertwined with folklore, mythology, and religious beliefs – making it more mysterious and worthwhile to explore.

Nashik is located on the western edge of Deccan Peninsular, making the place picturesque. Godavari River flows beside Nashik, enhancing its beauty. You can witness history, religion, and remnants of historical freedom struggle here. Besides you will find a large military training center, burgeoning industrial landscape, lakes, and a lot more.