Monsoon Holiday Plans? Why Not Visit God’s Own Country – KERALA! 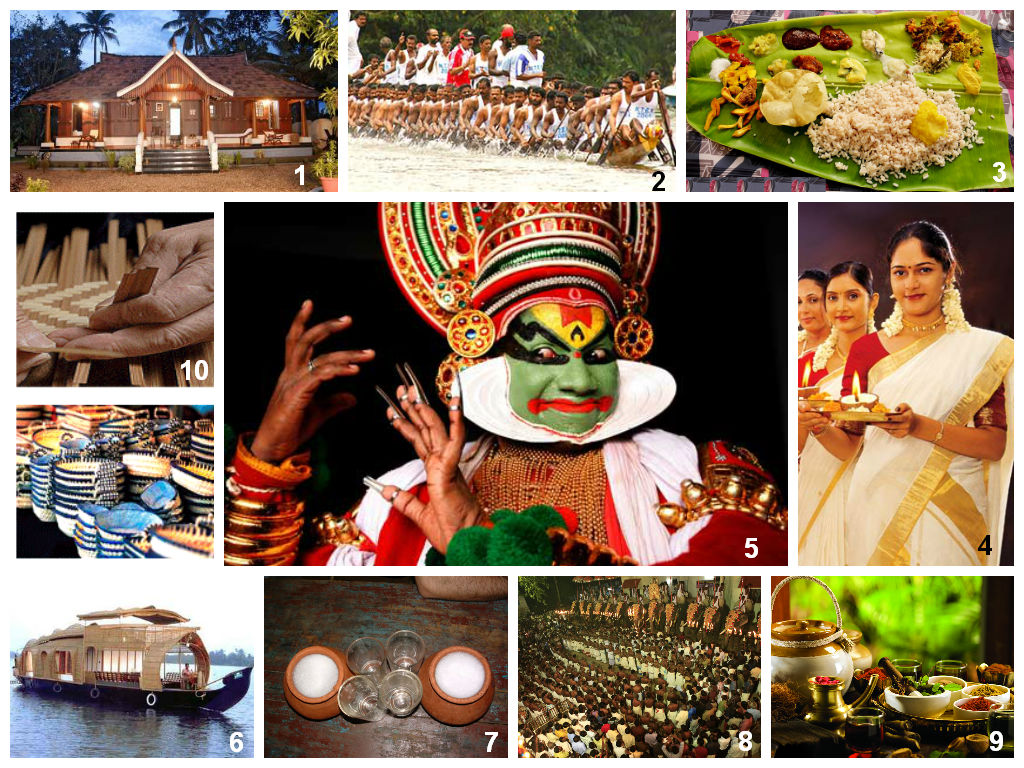 Kerala means the land of coconuts. Kerala is a state at the southwestern tip of India, meeting the Arabian Sea on the west and the mountains on the east. Kerala has its own creation myth and it’s official language is Malayalam. The state is gifted with greenery and water. It has a rich cultural heritage that includes many art forms. The most recognizable is the traditional dance-storytelling art of Kathakali.

Kerala is lauded for its outstanding progress in the areas of cleanliness, education, and quality of life. The tourism board of Kerala boasts that it is not only India’s “cleanest state” but also has a literacy rate above ninety percent and “the highest physical quality of life in India.”

The very sound of the word Thekkady conjures up images of elephants, unending chains of hills and spice-scented plantations. In the Periyar forest of Thekkady is one of the finest wildlife reserves in India and spread across the entire district are picturesque plantations and hill towns that hold great opportunities for treks and mountain walks.

It is a tourist place near Kollam district in Kerala. Thenmala is the first planned eco-tourism destination in India. The Thenmala dam was built across Kallada River. It is famous for being the shooting location in Malayalam and Tamil movies. It attracts foreign and domestic tourists with a host of attractions. Boating on the lake, a rope bridge, trekking, mountaineering, biking and a musical fountain. Thenmala is approachable both from Trivandrum and Punalur by road. The waterfall called Palaruvi is a prime attraction nearby. Also nearby is a deer rehabilitation center where visitors can see deer in a forest setting and have a peep into a traditional tree house used by forest dwellers to escape harm from wild animals.

It is the 12th District in Kerala was formed on November 1, 1980  by carving out areas from Kozhikode and Kannur districts. The region was known as Mayakshetra (Maya’s land) in the earliest records. Mayakshetra evolved into Mayanad and finally to Wayanad. It is a combination of Vayal (paddy field) and Naad (land), making it ‘The Land of Paddy Fields’. There are many indigenous tribals in this area. It is set high on the Western Ghats with altitudes ranging from 700 to 2100 m. It is the least populous district in Kerala.

The name owes itself to the most prominent feature of the city, that is the Vadakkumnathan Kshetram or temple, which has Shiva as its presiding deity. Also known as the Cultural Capital of Kerala because of its cultural, spiritual and religious leanings throughout history. The city hosts the Thrissur Pooram festival, the most colourful and spectacular temple festival in Kerala.

Also known as Trivandrum, is the capital of the Indian state of Kerala and the headquarters of the Thiruvananthapuram District. It is located on the west coast of India near the extreme south of the mainland. Referred to by Mahatma Gandhi as “Evergreen city of India”.

Kochi is often called by the name Ernakulam, which refers to the mainland part of the city. Heralded as the Queen of the Arabian Sea. Ernakulam is called the commercial capital of the state of Kerala. It is one of the important seaport in India. Ernakulam is a wide choice for recreation and tourist interests in the Kerala. And an immense scope for shopping.

The cruise takes you through the clear waters of the prominent Punnamada Lake – the venue of the legendary Nehru Trophy Snake Boat Race. Kollam and Alappuzha connected to the beautiful Kayamkulam Lake. Now newly started a major snake boat race in Kayamkulam basis.Kayamkulam town and National Thermal Power Plant are located in the banks of Kayamkulam Lake. 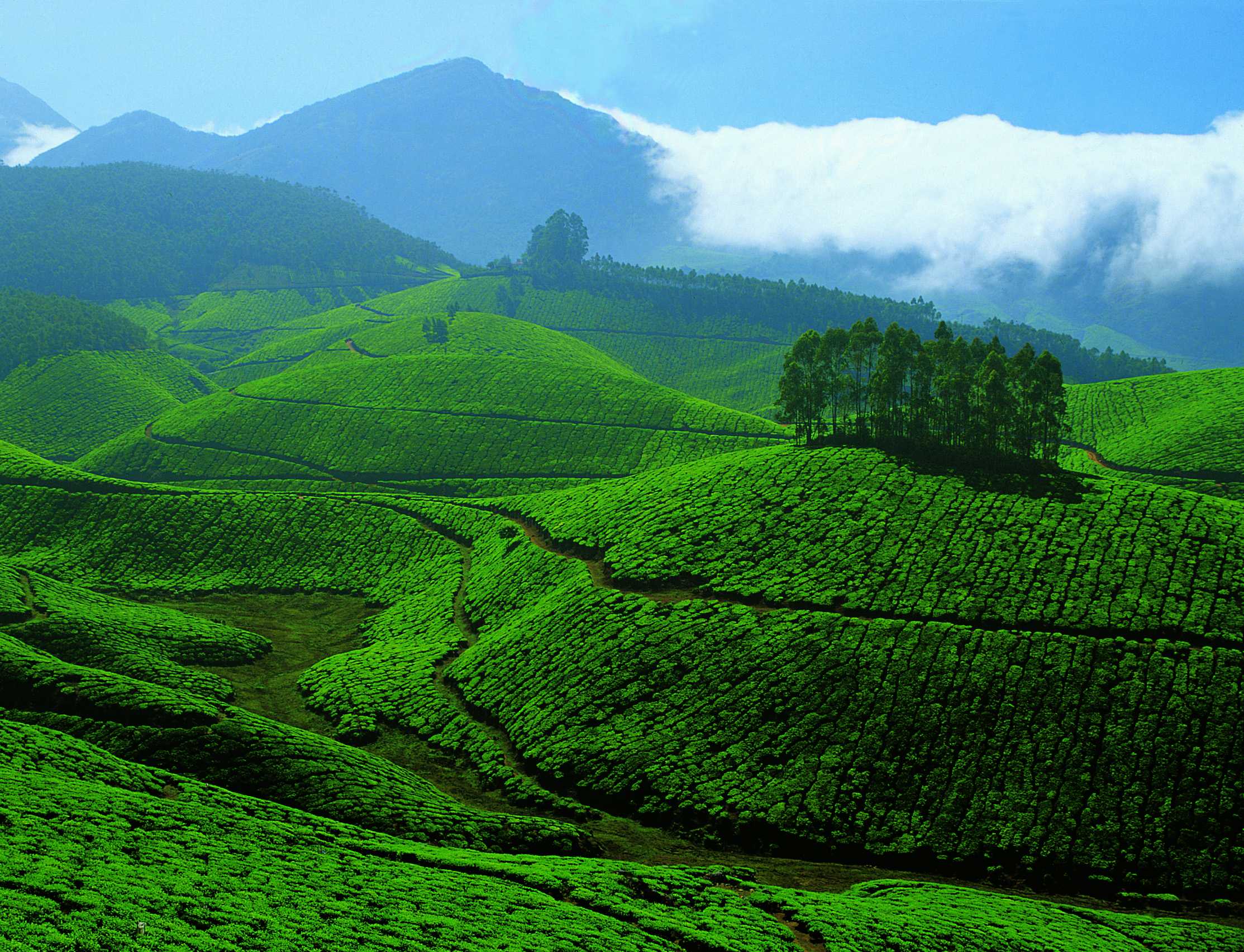 Munnar is Known as Kashmir of South India & its situated in Kerala. It is one of the attractions that contributed to Kerala’s popularity as a travel destination among domestic and foreign traveler’s snuggled in the lap of such an alluring terrain, Munnar is one of the most beautiful hill stations in Kerala.

Vagamon is located in Kottayam-Idukki border of Kerala. It has a cool climate with the temperature between 10 and 23 °C during a summer midday. Vagamon also known as the ‘Scotland of Asia’, was discovered by the Britishers who found the place ideal for tea plantations and they were followed by Christian missionaries who built their abode of service at Kurisumala in Vagamon. 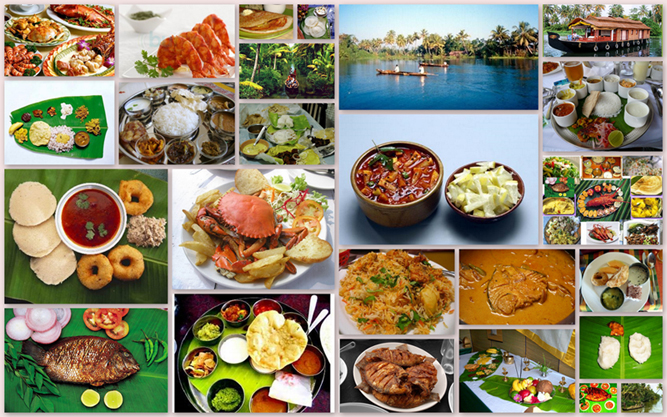 Coconuts grow in abundance in Kerala, and consequently, coconut kernel, coconut cream and coconut milk are widely used in dishes for thickening and flavouring. It’s long coastline, numerous rivers and backwater networks, and strong fishing industry have contributed to many sea and river food based dishes. Rice and cassava form the staple food of Kerala. Dishes are made from vegetables, meat, fish or a mix of all of them. The main dish for lunch and dinner is boiled rice. The Kerala breakfast shows a rich variety; the main dishes for which are made from rice flour, or fresh or dried cassava. Owing to the weather and the availability of spices, the Kerala cuisine is richly spicy especially the hot ones – chili, black pepper, cardamom, cloves, ginger, and cinnamon.

The food is generally fresh, aromatic and flavoured. Keralites are mostly fish-and-rice eating people. These people put to good use whatever the land offers and the result is a marvellous cuisine that is simple yet palate tickling. Since time immemorial, coconut has been an integral part of the cuisine of Kerala. Tender coconut water is a refreshing nutritious thirst quencher.

Its a perfect balance for Mind, Body & Soul. One needs to unwind after a day of meetings, a long flight or pamper yourself , channel the natural healing powers to restore and balance health with a visit to the Kerala Spa. The services are for both men and women – a full array of massage therapies and body treatments in an invigorating, relaxed setting.

Ayurveda, a sister of Yoga, focuses upon the preservation as well as the promotion of positive health, which is essential towards the prevention of disease.

It is difficult to refrain from using hyperboles and superlatives while describing Kerala. For the beauty and diversity of this state is truly astounding – well-documented by those beaches and backwaters, hill stations and forests that Kerala is synonymous with. But for the discerning eye, there is more. Every slice of this land is beauteous and irrespective of whether it is captured on canvas, paper or on screen, its beauty sparkles, going beyond the medium to entice the onlooker.