To know Malaysia is to love Malaysia – a bubbling, bustling melting-pot of races and religions where Malays, Indians, Chinese and many other ethnic groups live together in peace and harmony. The multiculturalism has made Malaysia a gastronomical paradise and home to hundreds of colourful festivals. It’s no wonder that Malaysians love celebrating and socialising. As a people, Malaysians are very relaxed, warm and friendly.

One of Malaysia’s key attractions is its extreme contrasts which further add to this theme of ‘diversity’. Towering skyscrapers look down upon wooden houses built on stilts while five-star hotels sit just metres away from ancient reefs.

Rugged mountains reach dramatically for the sky while their rainforest-clad slopes sweep down to floodplains teeming with forest life. Cool highland hideaways roll down to warm, sandy beaches and rich, humid mangroves.

Malaysia has a multitude of interesting places to visit. From heritage buildings providing multi-cultural experiences of a bygone era, bustling modern buildings projecting an unbounded spirit of progress to mystical sites shrouded in mystery, Malaysia is a blend of old world charms and a world of contemporary marvel. The fun is endless with multi-wonders of nature, island paradises, primeval rainforests and caves to explore. See it, feel it and experience it!

The world’s tallest twin towers soaring 88-storey and 451.9 metres high is located right here in the heart of Kuala Lumpur. Truly Malaysia’s crown jewel, the Petronas Twin Towers is majestic by day and dazzling by night. Inspired by Tun Mahathir Mohamad’s vision for Malaysia to be a global player and designed by master architect Cesar Pelli, the international icon encapsulates the nation’s ambitions and aspirations.

Begin your tour with interactive displays here that showcase its journey, from idea to completion. The Skybridge which connects the two towers is the world’s highest bridge. Level 86, accessible by the public offers breathtaking views of Kuala Lumpur. 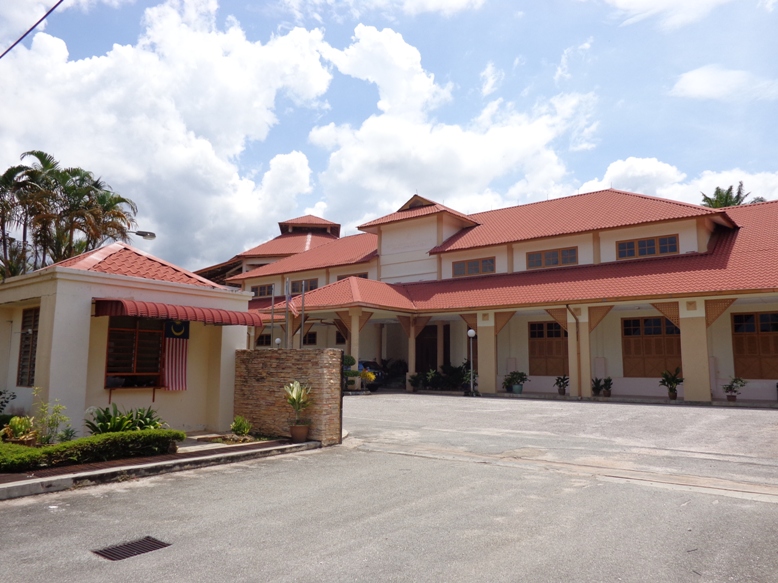 The Archaeological Gallery of the Lenggong Valley is located in Kota Tampan, near Lenggong and is recognised as one of the five UNESCO’s World Heritage sites in Malaysia and the 954th in the world. The valley is a pre-historical site dating back 74,000 years ago and is located 100 km to the north of Ipoh.

The Archeological Gallery of Lenggong Valley houses the ‘Perak Man’, the oldest human skeleton found in Peninsular Malaysia. The skeleton is dated between 10,000 to 11,000 years from the Stone age, in the Palaeolithic era. There are three sections in the Gallery – the Kota Tampan Excavational Site Gallery, Lenggong Pre-Historic Gallery and the Human Civilisation Gallery. Besides the Perak Man, stone tools and other artefacts from the excavations in Lenggong Valley are also exhibited. As one of the oldest site of human activity in West Malaysia, Lenggong Valley is considered as the “archeologist’s dream valley”.

Tengku Tengah Zaharah Mosque (Floating Mosque) is built on a platform, located on the estuary of the Terengganu River. The glistening white mosque combines modern and Moorish architecture, symbolizing a new modernisation in the state and creating it an Islamic icon for the country.

The design of the mosque reflects a subtle Islamic influence combined with local features, incorporating the use of marble, ceramics, mosaic works and bomanite paving. The construction of the mosque inspired by the late Sultan of Terengganu, Al-Marhum Sultan Mahmud Al-Muktafi Billah Shah ibni al-Marhum Sultan Ismail Nasiruddin Shah.

Named after his mother, Tuanku Intan Zaharah binti Almarhum Tengku Seri Setia Raja, the mosque is surrounded by a lake and look much like a place set in the tale of 1,001 Arabian Nights. Known as the ‘Living Museum’, the Sarawak Cultural Village was set up to preserve and showcase Sarawak’s cultural heritage. Located at Pantai Damai, Santubong, just 32 km from the state capital, Kuching, it is the perfect place to get introduced to local culture and lifestyle.

Sprawled across 17 acres, there are about 150 people living in the village, demonstrating traditional daily activities from Sarawak’s diverse tribes like the processing of sago to the making of handicrafts.

Replicas of buildings that represent every major ethnic group in Sarawak from the longhouses of the Iban, Bidayuh and Orang Ulu to a Melanau tall-house and a Chinese farm houseare on display here.

The village also has a theatre for multicultural dance performances,  a restaurant and a handicraft shop. One can even get married at the Sarawak Cultural Village garbed in traditional Iban, Malay, Bidayuh or Orang Ulu costumes.

The Iban longhouse with its long communal hall is often used for leisurely activities like wood carving and basket weaving.

Guests are invited to attend nightly ceremonies and partake a potent rice wine, “tuak”. Comfortable guesthouses are available for visitors.

Langkawi is known as a legendary island. It is a cluster of 99 islands located off the coast of Kedah and offers the best of many worlds: beautiful beaches, world-class infrastructure, mangroves rich in flora and fauna, ultra-cheap duty-free shopping and fascinating legends.

Langkawi has a lingering legend woven into its history. Ask anyone on the island about the tragic story of a beautiful young maiden named Mahsuri, and you’ll hear a tale of love, jealousy and a curse that was placed upon the island by her for seven generations.

Today, the seventh generation of Langkawi’s inhabitants has long come and gone, but people here still believe that the prosperity and blessings the islands enjoy today and the passing of the curse is no mere coincidence. The mysticism of this legend can be felt in many parts of this island, especially at Makam Mahsuri (Mahsuri’s Mausoleum), where Mahsuri is said to be buried.

For a more intimate time with nature, go trekking through the pristine rainforest that covers most of Langkawi, hop on a boat tour of the mangroves. Go for a dive, or play a round of golf at one of the many 5-star resorts. Langkawi’s Underwater World is also a must-visit.

Sarawak Chamber, the world’s largest underground chamber is approximately the size of 40 Boeing 747 aeroplanes. The Deer Cave, the world’s biggest cave passage has a capacity of five St. Paul’s Cathedral (London). The Clear Water Cave is the longest cave in Southeast Asia. The massive caves here are also home to millions of bats and swiftlets that swarm out into the jungle every evening.

Mount Mulu National Park also has some of the fine examples of tropical limestone weathering in the world, including enormous razor-sharp pinnacles and deep-cut canyons called The Pinnacles.

Legoland Malaysia theme park, the first in Asia, is situated in Nusajaya, Johor. Situated on 76 acres of land, the park is the sixth of such parks in the world. Legoland is built with over 40 interactive rides, shows and attractions. One of the main attractions here is the Miniland. More than 30 million lego bricks are used in the building of these monuments including the Petronas Twin Towers, The Merlion Statue, Taj Mahal and others.

These well-known buildings are built using lego bricks, an interactive world on a scale of 1:20 where people, trains and aeroplanes come to life at the touch of a button. Other attractions at the park include Lego City, Land of Adventure, Imagination, Lego Kingdom and Lego Technic.

In the theme park, there is also an Observation Tower which is the highest tower in Legoland Malaysia, aloft at 60 metres from the ground. This is also the third Legoland observation tower in the world after Denmark and Germany.

Batu Caves is a must-visit place for culture-seekers and visitors that appreciate the colourful cultures of the Indian community in Malaysia. Today, Batu Caves is an iconic tourist landmark in Selangor. Every year especially during Thaipusam festival, Batu Caves attracts thousands of worshippers and tourists.

It has three main caves with temples and Hindu shrines. Its main attraction is the large statue of the Hindu God at the entrance. A steep 272 steps climb up its steps to finally view the up the main cave offers a stunning view of Kuala Lumpur’s skyline. Monkeys roam freely  around the caves. Paintings and scenes of Hindu deities are vividly displayed.

For many centuries, Malaysia has been a crossroad for the ancient eastern spice route, and considered a melting pot of Asia blessed with a potpourri of international class cuisine. Therefore, Malaysian cuisine is not one particular distinction of food but a culinary diversity originating from its multi-ethnic communities, from Malay, Chinese, Indian, Peranakan to Eurasian and the indigenous people of Borneo (Sabah and Sarawak). As a predominantly Muslim nation which takes care of the sensitivity of the Muslim citizens and tourists, “Halal” Malaysian cuisines are also served. This diversity makes Malaysia a truly unique food paradise.

Malaysia was ranked as the 4th world’s top shopping destination by CNN Travel 2012 and the 2nd best shopping city in Asia Pacific by The Global Shoppe Index 2012. From the very old to the ultra modern, the mundane to the unique, the simple to the exotic, the discounted to the duty-free items, you can just shop for anything and everything that tickles your fancy. That’s not all. Enjoy greater value, affordability, shopping convenience and gracious hospitality. 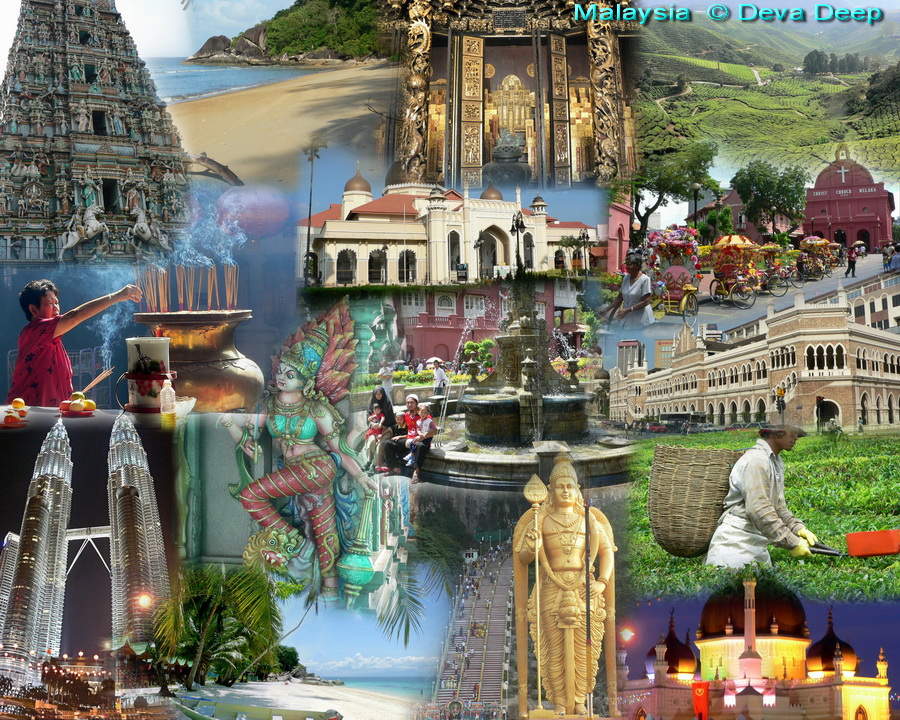 Populated by a blend of Malays, Chinese, Indians and indigenous groups, Malaysia boasts a rich cultural heritage, from a huge variety of annual festivals and wonderful cuisines, to traditional architecture and rural crafts. There’s astonishing natural beauty to take in too, including gorgeous beaches and some of the world’s oldest tropical rainforest, much of which is surprisingly accessible. Malaysia’s national parks are superb for trekking and wildlife-watching, and sometimes for cave exploration and river rafting.