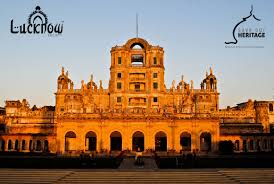 Lucknow is the capital city of the district of Uttar Pradesh. Situated on the banks of the Gomti River, to this day it is a destination with an enchanting sense of timelessness, balancing out modernity, colonial architecture and Islamic traditions perfectly.

Lucknow has a very rich history and cultural heritage, as it has been under the rule of the Delhi Sultans, the Mughals, the Nawabs of Awadh and finally, the British Empire. Tourists visiting Lucknow are mesmerized by the culturally aware residents of the city, the historical landscapes, monuments and buildings and the mouth-watering Awadhi and Mughlai food that is available all across the city.

Lucknow is also famous for its famous art form, the chikan – a fine thread embroidery that draws the attention of many a tourist. The rich cultural life of the city, dotted with night-long poetry recitals called mushairas also draw many travellers for their unique appeal. The city is one of the leading centres of Urdu and Hindi literature and this reflects in the up-and-about cultural life of Lucknow.

There are several tourist attractions in Lucknow. The Bada Imambada, built by Asaf-ud-Daula in the year 1784 was part of the famine relief project where a number of laborers were appointed to build this Imambada. It is said that this hall is the world’s largest arched room without any pillars and the Nawabs used to hold their public hearings. The Rumi Darwaza was also built as a relief work during the famine of 1783.

This edifice, which is 60 feet high, is believed to be built like one of the gates of Constantinople The Husainabad Imambada, also known as Chhota Imambada is the mausoleum of Mohammed Ali Shah. The Imambada also encloses a tank with small imitations of the Taj Mahal on each side There is also the tallest clock tower estimated to be 67 m high overlooking the Husainabad tank.

Near the Husainabad Imambada lies the Jami Masjid, the largest mosque in Lucknow.The construction of the mosque was started by Mohammed Shah and was completed by his wife after his death in the 1840s.

Standing at an astounding height of 221 feet, the Clock Tower of Lucknow is the tallest of its kind in India. It was built in 1880 by Nawab Nasir-ud-din-Haider, and is situated between the famous Bara Imambara and Chota Imambara in Lucknow. It is one of the finest examples of English architecture, and was built by the Nawab in honor of Sir George Cooper, who was the first Lieutenant Governor of United Province of Avadh. Decorated with artwork that is European in style, pure gunmetal was used to construct a part of the clock. The dial itself is shaped like a dozen petaled flowers with beautiful bells surrounding it. It is one of the major attractions of the city.

Deriving its name from the umbrella shaped dome, Chattar Manzil is one of the most attractive tourist destinations in the city. The construction was started by Ghazi-ud-din Haider, but the building was completed under the reign of his son, Nasir-ud-din Haider. Revealing traces of modern European style of architecture, the building is situated opposite one of the city’s famous hotels – The Clarks Avadh. Though the building now houses the office of CDRI, it is a place with the old world opulence and charm. It played its part in the freedom struggle of India by being one of the meeting centres of freedom fighters. 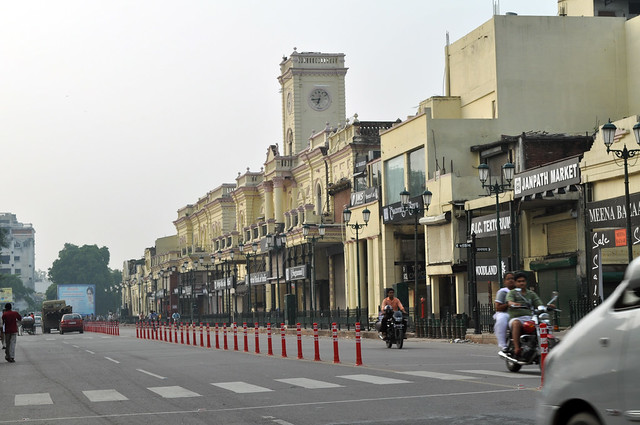 Hazratganj in today’s day and age is the central market of Lucknow, full of shopping malls, emporiums, eateries, fine dining restaurants and age old coffee shops. But its origins reveal a different story. It was built by Amjad Ali Shah, the fourth king of Avadh, and was originally called Queen’s Way, as only British carriages could travel on that road, and Indians were not allowed to enter, in the pre independence era. A must visit place full of commercial vibrancy, Victorian era walkways and energy of Lucknow, it is the nerve centre of the city.

Aminabad is situated in the old part of the city of Lucknow. After changing several hands, it was established by Imdad Husain Khan, a minister to the Nawab Wazid Ali Shah. Since he was famous by the name of ‘Aminuddaula’, the place was given the name of Aminabad. It is a combination of several markets and home to hundreds of retail and wholesale outlets of chikankari fabrics, ornamental jewelry, garments, medicine, footwear and other apparels, etc. Several famous eateries and food joints add to the charm of the bazaar. Closed on Thursdays, and alive till late into the night, Aminabad caters to the demands of a huge number of customers visiting from nearby areas and is always bustling with activity. 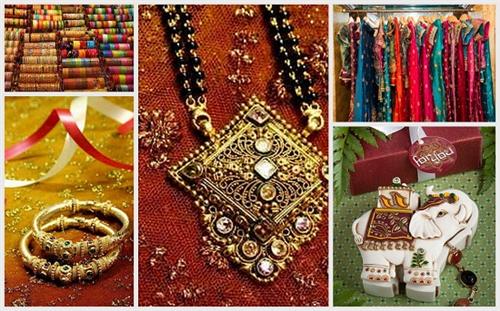 Buying Lucknowi chikan work will be the obvious thing to do while shopping in Lucknow.The city of Lucknow is synonymous with the fine art of embroidery-chikankari (shadow work) and zardosi (silver and gold embroidery). The world-renowned chikan work garments, be it saris, kurtas or dupattas make excellent gifts to carry home.

If you are fond of jewellery, then Lucknow is the place to shop for gold and silver ornaments with exquisite filigree (metal ornamentation) and jadau (gem studded). Gadbadjhala is a bazaar where you can check out jewellery, especially the huge jhumkas which are enviable possessions.

The main shopping areas are Hazratganj, Janpath, Aminabad, Yayaganj, Kapoorthala and the Chowk.Although you can find chikan-work shops in almost all the markets in Lucknow, Chowk is the main wholesale market.

If you are looking for souvenirs from across the state of Uttar Pradesh and from different parts of India under one roof, the best bet is Gangotri, the official handicrafts shop of the UP State Tourism Department. 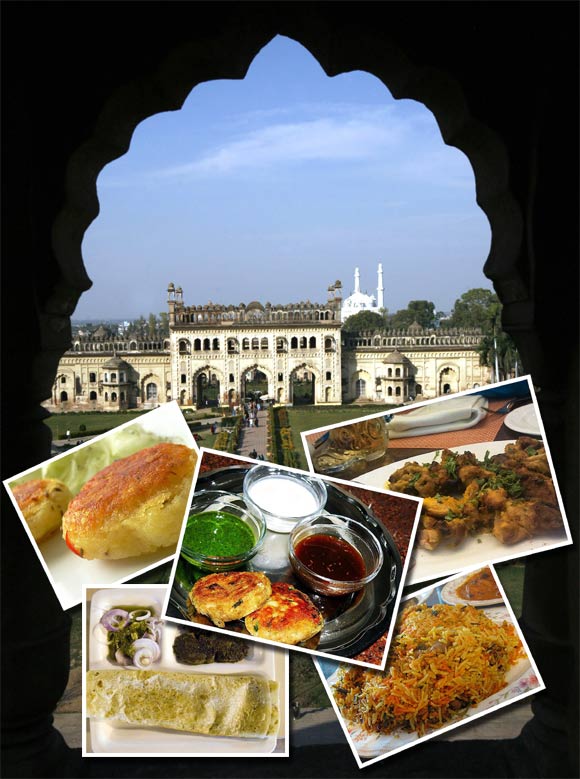 Lucknow is the undisputed leader in Awadhi and Mughlai cuisine in the country, with every nook and cranny of the city boasting of eateries and joints serving the very best biryani or kebabs. These eateries range from lavish and expensive fine dining to pocket-friendly, offering equally delicious street food options, which suit the budget of all kinds of travellers perfectly.

Among the most expensive haunts in the city is the Aryan’s Restaurant at Hazratganj or the Royal Cafe, while there are many mid-range options all around town such as the Dastarkhwan serving Mughlai curries, the Sakhawat, a heritage eatery operating since the early 19th century etc.

But the street food of the city is where tourists can get the true flavour of Awadh. There are some must-try roadside and modest joints peppered across the town which all tourists are strongly advised to visit. Some of these are the Haji Sahib for authentic Nihari, the Tundey Kabab for the most authentic kakori kebabs and the Bajpayi Kachori Bhandar. Certain delicacies of Lucknow should also figure on the to-do list of any tourist visiting the city such as Awadhi biryani, haleem, tundey kebabs and Awadhi sweets.

The city of Lucknow experiences sub-tropical climate, with typically dry, hot summers and biting cold, foggy and dry winters – much like the rest of landlocked North India. The ideal time to visit Lucknow is in the winters, between December and February, when the temperature hovers well below 32 degrees Celsius. This weather is perfect for sightseeing and other tourist activities. Winter temperatures in the city often fall to as low as 4 degrees Celsius, and fog and smog are regular occurrences. Tourists are strongly advised to carry enough warm clothing to deal with this weather.

Summers in Lucknow are very hot, with temperatures soaring up to 45 degrees Celsius. This makes the weather rather uncomfortable and unsuitable for tourism. Lucknow also experiences the monsoons, between July and September, with medium to heavy rainfall. The weather is quite pleasant and ideal for short trips to the city. The tariffs at hotels also remain modest because this is off-season.