Goa – A Coolest Place On Earth To Chill & Have Fun!

Home Goa – A Coolest Place On Earth To Chill & Have Fun! 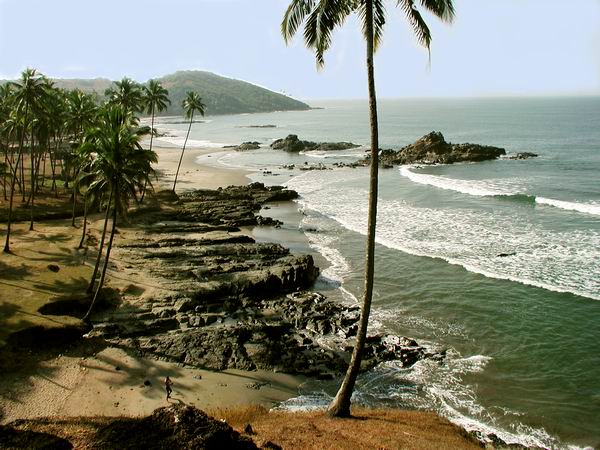 Goa is a place to chill out. Goa is famous for churches and beaches. There are babes too during the peak season. North and south goa both the places are beautiful and have lovely places to roam. There are beautiful churches in the old goa. There is exhibition of st Francis Xavier. Everyone goes for the exposition of st Francis Xavier. The north goans are called bardez people while the south goans are called salets and sastikaars. Goa is one of the most happening places. People go out there to chill and have fun. They enjoy themselves.

Goa is a place where you get the cheapest booze and the most happening pubs. Goa has a festive season called carnival. Carnival is a festival that is the most awaited festival foreigners and actors come for carnival. People especially the localities dress up like the goan villagers and foreigner. They have different roles to play they promote something or even try to have fun dressing up like different famous known people like the celebrities.

The most happening disc in town is what goa consists of mambo, titoes and Anthony shake. These are some lovely places where you can enjoy and have a blast. Party all night with friends and drinks. Getting high on booze is what goa is all about for the ones who take a break from their daily hectic schedule and come to party and have fun. Goa is one of the most happening native of the goan people. Goa is for the honeymoon lovers. You cannot say the low budget honeymoon lovers. But it is mostly for the Indians who love cheap things and try to find value for money. Of Couse booze is the cheapest. You cannot miss the opportunity of booze.

In goa every second day is like a celebrating time. Every lane you pass by you finds parties and celebrations. On the beaches everything seems to be very happening and party like also you get a certain kind of inner peace. During the peak season like December to march it is the time when foreigners come. May month is all about sun bath for the foreigners. They have a fair white skin and often want a tan skin tone. United States of America doesn’t have much heat as compared to India. Goa being the hottest state. It is very difficult to get out of the house in the afternoons. Goa is such a place where you get tanned even if you are exposed to the sun for 10 minutes. Indians who are slightly on the darker shade become like the Africans.

Goa is famous for its beaches and narrow roads. There are 4 main beaches in the north goa calangute beach, vagator beach, anjuna beach and baga beach. These are by far the best beaches in north goa. Calgute beach is more like the party beaches and youngsters and foreigners are found on this beach. Anjuna beach too you find foreigners but more of localities. Vagator beach has fort around it. It is one of the biggest beaches. The most famous beach of all is baga beach where you find Indian television celebrities and shootings happening of spiltsvilla. Well not always. Apart from these 4 beaches there is a mira maar beach. A fish statue at the beginning of the beach it is like the local beach like how we have the juhu beach in Mumbai.

The streets of candolim and saligao is narrow and wonderfully made. Shortcut lane also known as vado is something that the localities know. If you have a car it is good to roam places. Saligao spring is another place to go but during the winters it dries up. There are beautiful beaches in the south as well. The famous colva beach is one that has beautiful rides. The various water rides that one could do are the banana boat ride, paragliding, parasailing, jetsky. There are combo offers like para gliding and the jetsky where you ride the jetsky in water and go to the middle of the sea the boat picks you up dressed you up with the necessary gears and take you high up on that balloon. That feeling of being one with your partner in the air feeling the moment up in the air.

You get authentic goan food but nothing beats the home made goan food. Pork sausages are the speality of goa. Pork (meat of the pig) is marinated with original chili powder and goan spices and tiny pieces of those are packet up in the plastic fold rap and threads put to it. It looks more like the hair plat that’s the innovative shape of it. You get 50 beeds for 150 – 200 rupees. Price could be bargained. The best sausages you get at mapusa market and margoan (south goa).  Shops open early in the morning at 6 it is the early rise and early to bed concept that they follow. After 8 usually buses stop and the local buses frequency is less.

Another speciality of goa is the goan sweets some of which is dodol, peenag, bebeinka, and guava cheese and marzi pans. Cakes and goan delicacies’. When you’re in goa do it like the goans? Goans are known as maca pav. Goans are usually called as Pav meaning bread. This is because their staple food is pav. Bread is something they usually have at all meals. Choris pav being on of their favourite breakfast. Choris pav means pork sausages friend and stuffed into the bread called poie or podeyy. One of the tastiest things people could have.

Goan streets are also famous for beef cutlet. It is actually a juicy beefy burger with lettuce leaves in it. Juicy and yummy taste. Beef cutlets are specifically yummy and eaten by all. It is more filling well others still prefer having choris pav we get both in the streets of candoim. In goa you should “susegat rao and eat choris pav”.  It only means eat choris pav and enjoy your self as goans as considered to be very laid back and lazy.