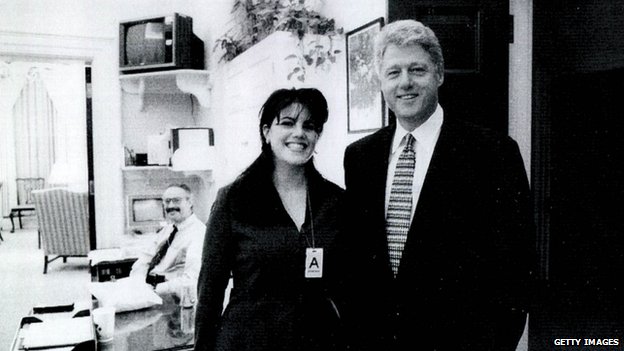 Monica Samille Lewinsky, an American woman who was one-time White House intern has broken her decade-long silence in the media about her affair with President Bill Clinton.

Monica Lewingsky who is 40 years old now, writes in Vanity Fair magazine that she deeply regrets what happened. The President had “took advantage” of her although her relationship with the President was consensual. After the scandal broke in 1998, she suffered abuse and humiliation. She was made a “scapegoat” to protect the president. After leaving the Clinton administration, she worked briefly as a handbag designer and later as a host of the US reality dating show. Then she moved to London for a graduate degree but faced a lot of difficulties to get a job due to her past.

Meanwhile Hilary Clinton is currently tipped as a frontrunner for the Democratic 2016 Presidential nomination. Ms. Lewinsky wanted to “give a purpose” to her past. She reasoned breaking her silence after so many years is to help others in their darkest moments of humiliation. She now aims “to get involved with efforts on behalf of victims of online humiliation and harassment and to start speaking on this topic in public forums”.