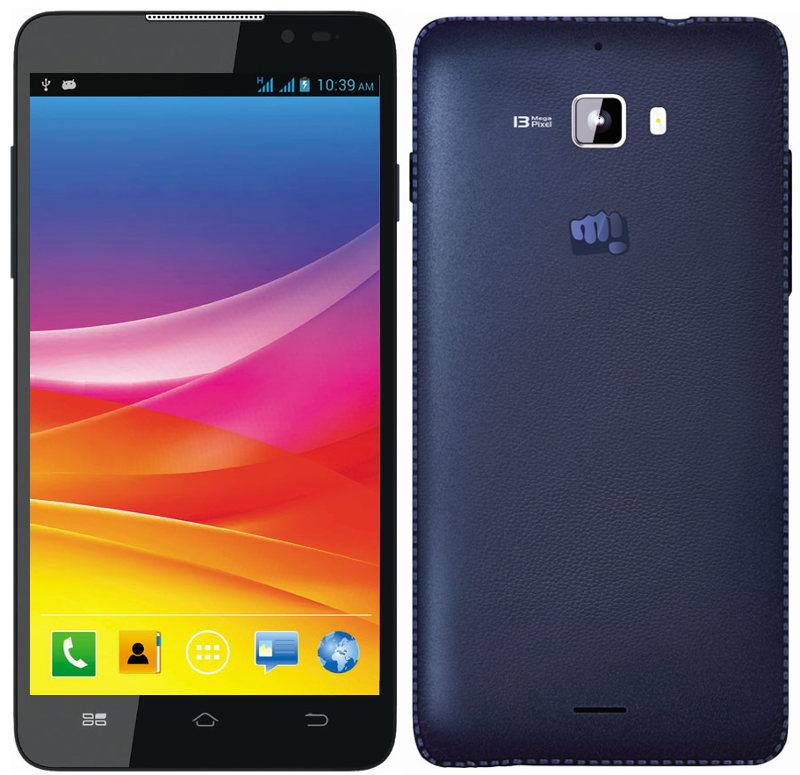 As expected Micromax  launched a new smartphone called the Canvas Nitro A310. The octa-core smartphone running on Android KitKat is priced at Rs 12,990, and will be exclusively available on e-commerce site Snapdeal.

As far as specifications are concerned, the Canvas Nitro A310 flaunts a 5-inch HD 720p IPS display with oleophobic coating, and is powered by a 1.7GHz MediaTek octa-core smartphone paired with 2GB of RAM. Also included is 8GB of internal storage, of which around 5.6GB is available to users. The storage can be further expanded up to 32GB using a microSD card.

In terms of design, it features a faux leather back similar to what we see on Samsung’s Galaxy smartphones. It will be available in multiple colors – white and blue.