Top 5 Bollywood Actors Of All Time

Indian Cinema hasn’t confined itself to India, but has gone globally and its actors have gained worldwide popularity. The popularity of Indian Cinema is increasing day by day and this is the reason, Bollywood actors are becoming the favourites of international mass. Dilip Kumar, The Tragedy King of Indian Cinema was born on 11 December 1942 in Peshawar. He marked his entry into Bollywood film industry with ‘Jwar Bhata’. Hindi author Bhagwati Charan Varma gave him the screen name Dilip Kumar. Satyajit Ray described him as “The Ultimate Method Actor”. Amitabh Bachchan described him as the greatest actor ever.

The 90 year old Muhammad Yousuf Khan, better known as Dilip Kumar is the first actor to receive a Filmfare Best Actor Award (1954). The Government of India honoured him with the Padma Bhushan Award (1991) and the Dada Saheb Phalke Award (1994) for his contribution towards Indian Cinema. Raj Kapoor, also known as ‘The Showman’ of Indian Cinema was born on 14th of December 1924 in Peshawar, Pakistan. He’s first film was Inquilab (1935). At the age of 24, he established his own studio named R.K. Films. He won nine Filmfare Awards in India. The Government of India honoured him with the Padma Bhushan (1971) and the Dada Saheb Phalke Award (1987) for his contribution to Indian Cinema. Film historians describes him as the “Charlie Chaplin of Indian Cinema” for he often portrayed a tramp like figure, who despite adversity, was still cheerful and honest. He breathed his last on 2nd June, 1988. 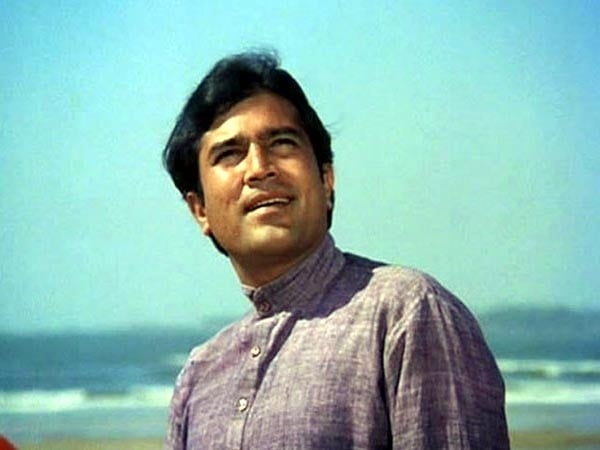 Rajesh Khanna, also known as Kaka was born on 29th of December 1942 in Amritsar. He earned the titles ‘First Superstar’ and the ‘Original Superstar’ of Indian Cinema following 15 consecutive solo hit films in the 1970s, a record that remains unbroken. He made his debut with Aakhri Khat (`1966) and rose to prominence with his performances in films like Raaz, Ittefaq and Aradhana. After being critically ill, the veteran actor passed away on 18th July, 2012.

Amitabh Bachchan, the son of noted Hindi poet Harivansh Rai Bachchan was born on 11th of October, 1942 in Allahabad. He is regarded as one of the greatest and most influential actors in the history of Indian Cinema. He gained popularity in 1970 as the ‘Angry Young Man’ of Bollywood. The 70 year old Amitabh is not only an actor but also a playback singer, a film producer and a television presenter. Apart from winning numerous major awards in his career, including three National Film Awards as Best Actor, The Government of India honoured him with the Padma Shri (1984) and the Padma Bhushan (2001).

Dev Anand originally named as Dharam Dev Pishorimal Anand was born on 26th of September, 1923 in the Shakargarh tehsil of the Gurdaspur district in Punjab (British India). He was not only an actor, but also a writer, director and producer. Regarded as one of the most influential actors in the history of Indian Cinema, Dev Anand was the co-founder of the Navketan Films in 1949, with his elder brother Chetan Anand. The Government of India honoured him with the Padma Bhushan (2001) and The Dada Saheb Phalke Award (2002) for his contribution to Indian Cinema. At the age of 88, he passed away on 3rd December, 2011..