When we talk about daily soaps and Indian television, we are all familiar with the ups and downs, twists and turns in the industry either for spice or TRP’s. With the changing of the cast, taking year leaps, introducing new people and what not, the actors rise to fame and then fade off like a shooting star. However, in such a fast changing scenario, there are some consistent actors who have managed to maintain there fame through various mediums like by doing short roles in films, through reality shows or by acting in other daily soaps.

One such actor is Sanaya Irani who has always been consistent in all her performances and her shows have somehow luckily managed to always attract the right fame and audience. Here are some of her best remembered shows: Sanaya was recognized in the famous serial Left Right Left Season 2 where she played the part of Cadet Sameera Shroff and caught the attention of her audience. This show was very hit amongst the young generation as it was very youth-oriented and the season 1 has become very popular and has already made its mark.

Sanaya played a small yet significant role in this tele soap with the very experienced Supriya Pilgaonkar. The serial had attracted a good audience as it had a very real and practical plot of the life and struggle in Mumbai. Here, she endorsed an own name and her performance was appreciated. 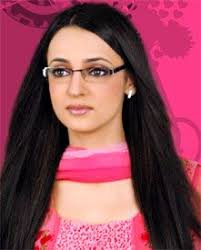 This show was one of the most celebrated performances of Sanaya and she had become a favorite of the young generation and shot to fame after this. Known to everyone as “Gunjan Bhushan”, the sweet and sacrificing girl next door, Gunjan…I mean Sanaya did such a great job in this TV series based on college life and young love that she became a popular choice in the television industry.

After MJHT came to an end, Sanaya returned with a bang with this show which again became very popular as a daily soap. It had a very high TRP rating in the industry and her cute, bubbly, “Chulbuli” and “Natkhat” character as “Khushi Kumari Gupta” won the heart of her audience yet again, which was very contrasting to the role that she had earlier played. Her versatility and her acting skills were highly appreciated in this tele soap. 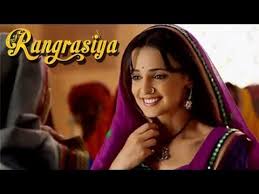 Rangrasiya:
Currently, Sanaya is in this show which has a very rural set up and she plays the character of “Parvati Rudra Pratap Ranwat” on Colors television and that serial has also managed to become popular amongst the audience.

No matter what, Sanaya has always had the most consistent track record in the television industry, acting in films like Fanaa and participating in reality shows as the host of many and other guest appearances. Her lovely sweet charm and aura is what makes her so loved!