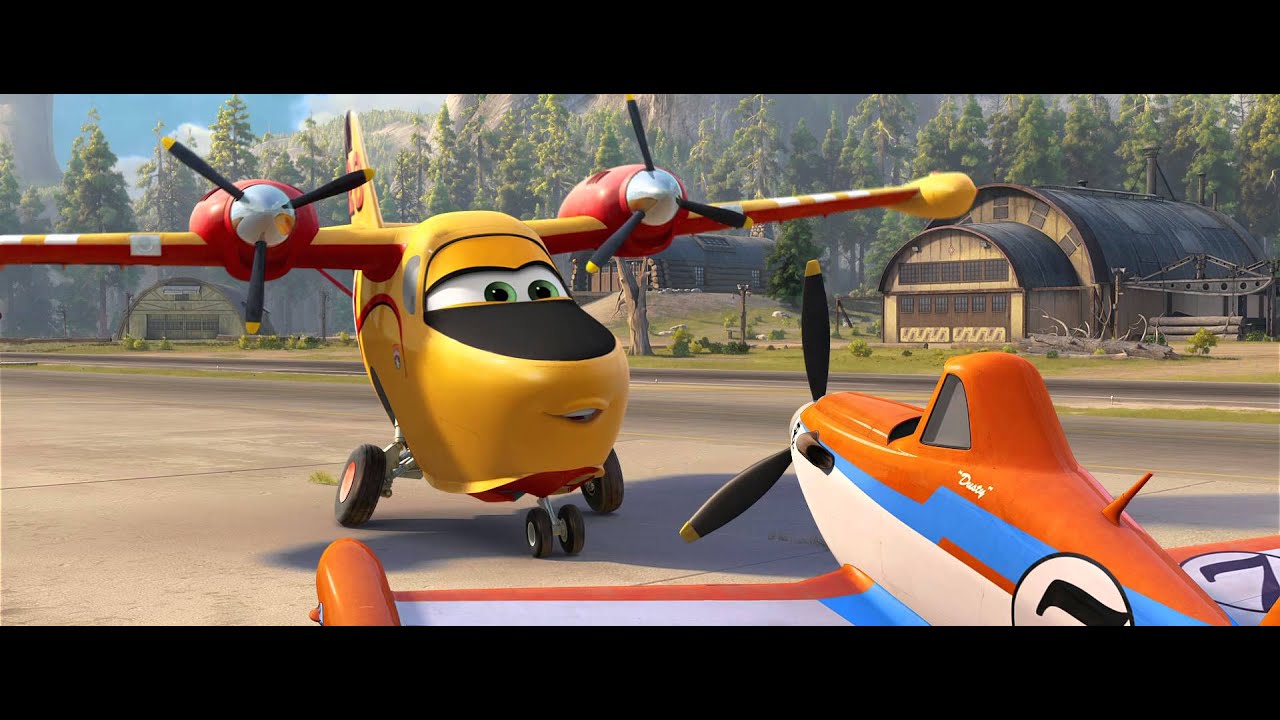 “Planes: Fire & Rescue” appears to be a cartoon that’s designed for kids, and designed to sell anthropomorphized helicopter toys to kids. To be clear, it is both of those things. But this sequel — which improves slightly on its lazy predecessor, last year’s “Planes” — is also a movie made to appeal to the middle-aged, particularly those who enjoy watching an animated air show set to the sound of ­AC/DC.

With a narrative that focuses on planes and choppers launching second careers in the dangerous world of wildfire-fighting, “Planes: Fire & Rescue” touches on some of the same themes as “Cars,” the 2006 Disney and Pixar film that inspired these airborne Disney Toon Studios spin offs. While the Lightning McQueen story celebrated the seemingly forgotten values of traditional, small-town America, the second “Planes” emphasizes the importance of reinventing the old and finding power in things — particularly aircraft with adorably animated eyeballs — that have been around for a while.

That doesn’t make “Planes: Fire & Rescue” a wildly better movie than “Planes,” an exercise in ­family-fare cliches in which a crop-duster realized that he could achieve great heights at great speed if he just believed in himself. But that subtext does make it a slightly more interesting one, even though most of the children at whom this release is ostensibly aimed won’t get any of its best jokes, which riff on cop shows from the ’70s and pickup trucks that use bad pickup lines in vehicular country-line-dancing bars.

Dusty, the aforementioned crop-duster (voiced by Dane Cook), returns in “Planes: Fire & Rescue” and initially seems ready to continue his reign as a world-champion racer. After he’s been warned that a faulty gear box — one that no manufacturer bothers to make anymore — prevents him from accelerating to full throttle, he pushes himself into the red anyway. That leads to a spectacular crash that causes an even more spectacular fire at his airport home base in Propwash Junction.

Mayday, the aging resident fire engine with the voice of Hal Holbrook, successfully puts out the flames but still attracts the attention of safety officials, who shut down the airport until Mayday can upgrade and Propwash Junction can find a second flame extinguisher. That’s when a shaken Dusty steps up, traveling to a facility near Piston Peak National Park so that he can train with Blade Ranger, a flaming-red fire-and-rescue helicopter with the voice of Ed Harris. Cue the scene where Dusty is suddenly flung into a smoke-filled wildfire while AC/DC’s “Thunderstruck” blasts through the multiplex speakers.

Dusty’s new adventure allows him to once again learn a new skill set and enables the animators to depict the devastation of rapidly spreading flames with daunting yet kid-friendly realism. Even in a film as simplistically plotted as “Planes: Fire & Rescue,” the Disney animators still take great care to capture the majestic beauty in the jagged landscapes and towering conifers of the Yellowstone-esque Piston Peak Park.

Unfortunately, the same contours and shading don’t apply to the characters in “Planes: Fire & Rescue.” A whole new fleet of flying and motoring beings debut here (translation: more toys!), including the spunky Dipper (Julie Bowen), a super-scooper who’s obsessed with Dusty and adds modest dashes of humor at moments when the story needs them. But none of them are particularly memorable, and, ultimately, neither is the movie.

Via a title card that opens the film, “Planes: Fire & Rescue” announces itself as a tale dedicated to the courageous firefighters who regularly risk their lives to save others. And while the story pays homage to them, as well as to elder statesmen and stateswomen who find second acts through selfless work, the movie never digs deeply enough to make those messages really resonate. The whole thing just zips by in an 84-minute flurry of flames doused and triumphs won that, if it lives on in the memory at all, will likely be all mixed up with recollections of “Planes.”

That’s the risk of pushing out a sequel less than 12 months after the original came out: Unlike the wildfire battlers in “Fire & Rescue,” the franchise hasn’t been around long enough to know how to truly soar in new directions.