Here’s the best 3D films to date so far… 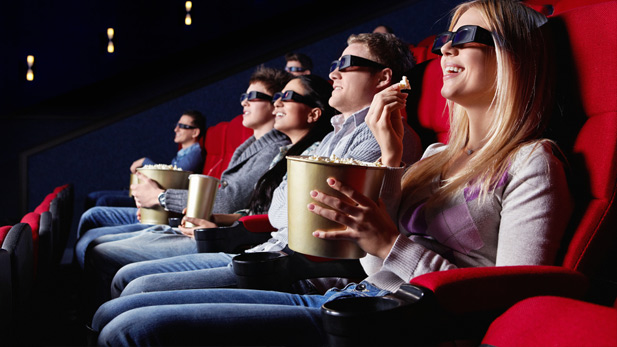 If you know your films and had to name a 3D example from the last 30 years which stands out as the worst, most of you would probably name the most renowned failure – Jaws 3D.

Although that monstrosity of a film had the power to convince every person on planet Earth to never watch a 3D film again, it didn’t stop filmmakers from trying to harness our ever-evolving technological capabilities in order to create convincing, entertaining 3D films. In fact, I think it may even have spurred a few of them on to prove that 3D can actually work in favour of film.

Obviously there was a lull after Jaws 3D’s release back in 1983, and I think we all needed a period of two-dimensional tranquillity before gathering enough strength to tackle the issue again. And after the millennium, we did try again – with far better success.

Of the most famed pioneers, it was James Cameron who started to take the reins and the initiative, in a bid to push us all forward into an era of 3D glory and acceptance. He forged new techniques and technological breakthroughs, allowing an increased number of less daring studio’s and their filmmakers to take an interest in how 3D could improve their productions with significantly less financial risk than before.

Here’s the best 3D films to date so far…

Oscar nominated Life of Pi by Director Ang Lee is based on an apparently unfilmable novel of the same title. Boy, did Lee prove his critics wrong. Much like Avatar, Life of Pi is a film which was begging to be made in 3D. And like Cameron’s sci-fi fantasy, this equally tragic and uplifting story just isn’t the same in 2D.

A film which could have failed on so many levels – its location is mainly the sea, the majority of its main characters are CG animals, its protagonist has never acted before, Ang Lee once made Hulk – but none of this stopped Lee and co. from coming out on top.

It succeeded on all levels and the addition of 3D only served to further enhance the viewing experience of a film which probably won’t be rewarded with an Oscar, but if it were to be, it would be as deserving as any of the 84 other Best Picture Winners.

At some stages the 3D is so convincing and effective, it almost feels like an IMAX experience with exotic animals walking out of the screen and tigers springing towards you. Here is a picture which proves that when filmmakers embrace and respect this new technology and its power to entertain, the result can be a truly memorable cinema experience.

Now here is a prime example of how 3D can enhance a film’s story and action. Dredd 3D was an underrated surprise in many ways. Thankfully it was 138 times better than the one starring Sylvester Stallone, but also, it turned outto be one of the most accomplished films of the year.

The cast were exceptional, the story slight, but compact, and the action and violence was emphatic but not gratuitous considering the source material. And the 3D? The 3D in Dredd enhanced this already edge-of-your-seat sci-fi thriller and allowed the film to express its unrelenting and unforgiving grown-up story in a fashion simply not attainable with two dimensions.

Often combining well with the “bullet-time” action, and allowing the audience to experience the full effects of the aptly named SLO MO drug which the antagonists dealt in, the 3D contributed to the feeling that you were right there with Judge Dredd, dodging the hail of gunfire and in a fight for your life.

James Cameron has contributed more than most in the development and successful application of 3D.

After experimenting with the attraction of T2 3-D: Battle Across Time in 1996, over a decade later, Cameron felt it was time to move on and deliver us a 3D fantasy film like no other: a film which would rival The Matrix for ingenuity, originality and groundbreaking, breathtaking visuals and special effects.

And most would agree he succeeded. Okay, Avatar is a simple story at heart, but the scope of the project, its critical and box-office success, and most notably, the pioneering brilliance with the use of 3D, made sure we all stood up and took notice of what can be achieved with 3D when it is done right.

With Avatar 2 coming soon, it will be interesting to see if and how Cameron will improve upon the epically conceived and executed first instalment.

1:HOW TO TRAIN YOUR DRAGON

0
59
A fan of art,cinema,music and whatever is beautiful. currently a student. Creativity and innovation always draws me towards it. i am the one who reads books,hears music take pictures explore places and does whatever gives peace and pleasure and shares it .